J.R. Bale will speak on book marketing on Saturday, November 9th, 11AM at the Edison Library. His presentation will cover marketing considerations when creating a book, building an authors platform and cooperative marketing with fellow authors. The Edison Library is located at 340 Plainfield Avenue, Edison, NJ. 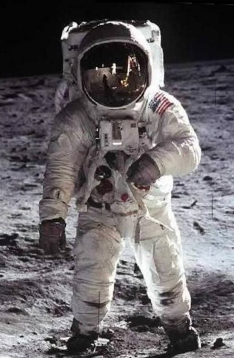 I was nine years old. Like many boys my age in the 1960s, I wanted to be an astronaut. For me, it began with watching TV reports on the Gemini missions. Who could resist reaching for the stars?

That night 50 years ago, we were at my grandparents’ house where we watched the most amazing event of our lives on television. Two men were landing on the moon! Afterward, my parents raced home. And then, in my pajamas, on an old Zenith black-and-white television, I watched Neil Armstrong place the first footprint on the lunar soil, an event that in the history of humankind had never occurred before, and was replicated only a few times since.

To be honest, the “Space Age” became a disappointment for many. I never got my flying car or jet pack. We never got to Mars by 2000, as promised. But for that night on July 20, 1969, anything was possible.

In the intervening years, we’ve put satellites in orbit, enabling us to use GPS to easily navigate on land and sea. Diseases have been diminished or eliminated by medical science. Knowledge is distributed in a way never before imagined through the Internet. Thousands of innovations have come out of the space program or from those who were inspired by it.

Yet today, science must constantly reprove itself in the glare of selfishness interests and prejudices. Science deniers of many stripes abound. But on that night 50 years ago, we were one people, one species, imperfect to be sure, but we were inspired to become better.

As we reflect on that mind-boggling event, still delivering awe 50 years later, I ask can we do better? Can we be better? The answer is YES, if we show the same courage and adventurous spirit shown during Apollo. There is no problem that faces humanity that it can’t solve if we are united.  Armstrong, Collins and Aldrin did not go to the moon on their own. Thousands of workers made it happen. Millions supported the effort. When we are truly united, anything is possible. 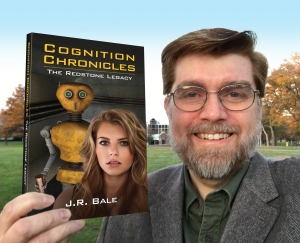 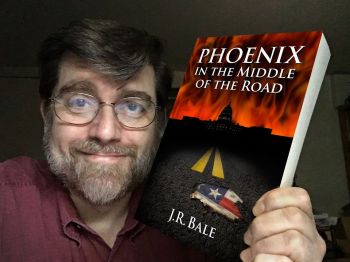 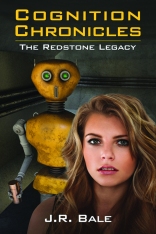 J.R. Bale’s second novel, Cognition Chronicles: The Redstone Legacy, is now available for sale. Unlike his first novel, Phoenix in the Middle of the Road, this one is a science fiction story. The book examines issues such as identity, reality, artificial intelligence and the soul itself in a series of interconnected stories.

Cognition Chronicles is available in paperback and ebook.

J.R. Bale is a member of
Page Bound Success

Phoenix in the Middle of the Road on Amazon